The Customer – Priory of the Assumption & Jonathan Freeguard Architects

The Priory of the Assumption is an early 20th Century building attached to Bethnal Green R.C Parish Church. In 2004, only four monks remained permanently living in the building.

The Priory of the Assumption wanted to make better use of the available space and create some larger rooms, including a private chapel, a common room and a kitchen. It was necessary that these rooms be linked to an existing staircase and a new wheelchair lift on ground level.

The Priory of the Assumption was also keen to have a new entrance lobby serving the Priory. The customer enlisted the expertise of Jonathan Freeguard Architects, who felt that the solution would be to remove an internal staircase and corridor to create extra space for the larger rooms.

The only option was to move the staircase to the exterior of the building; however, this could deprive some windows of light. 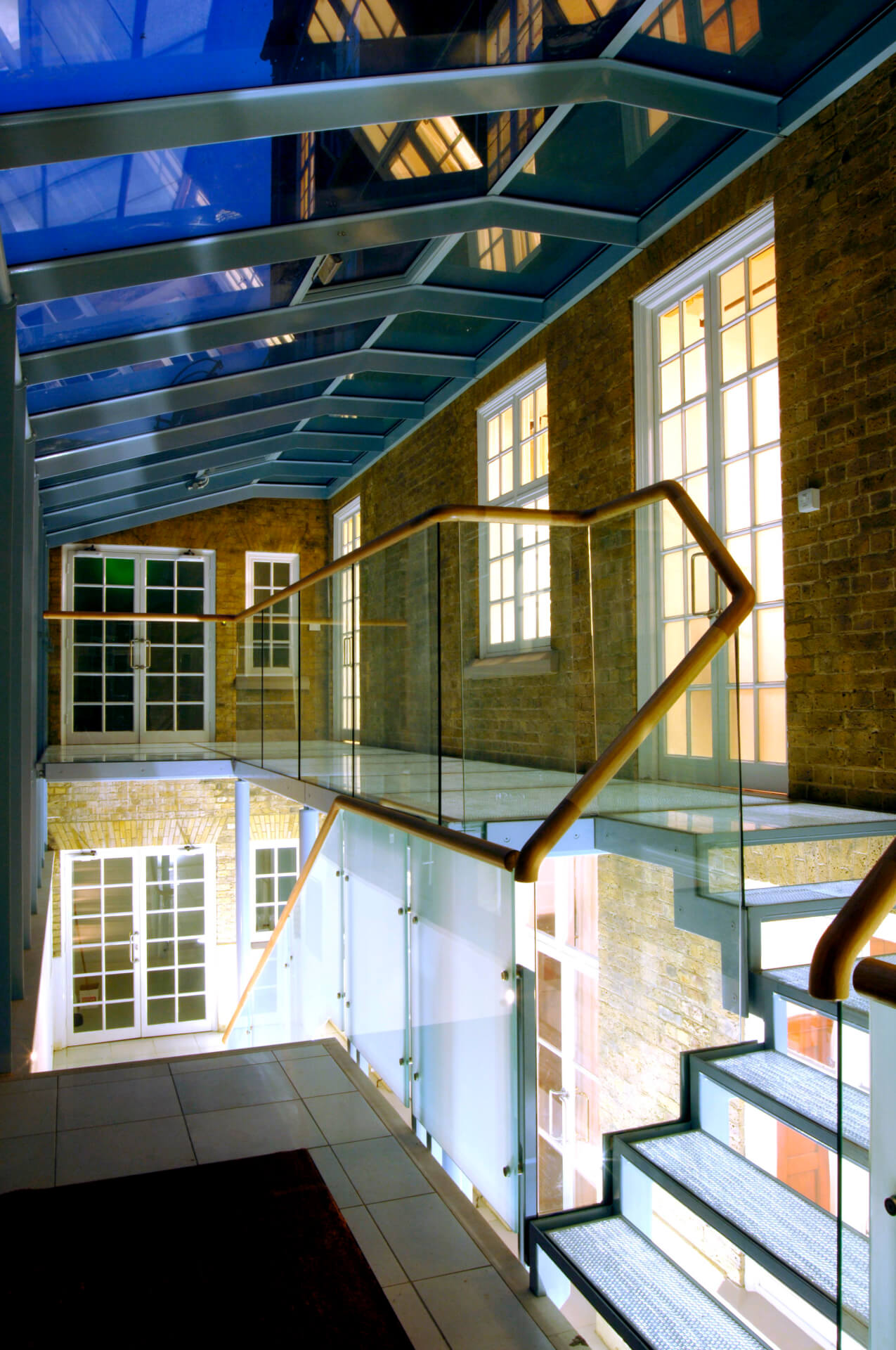 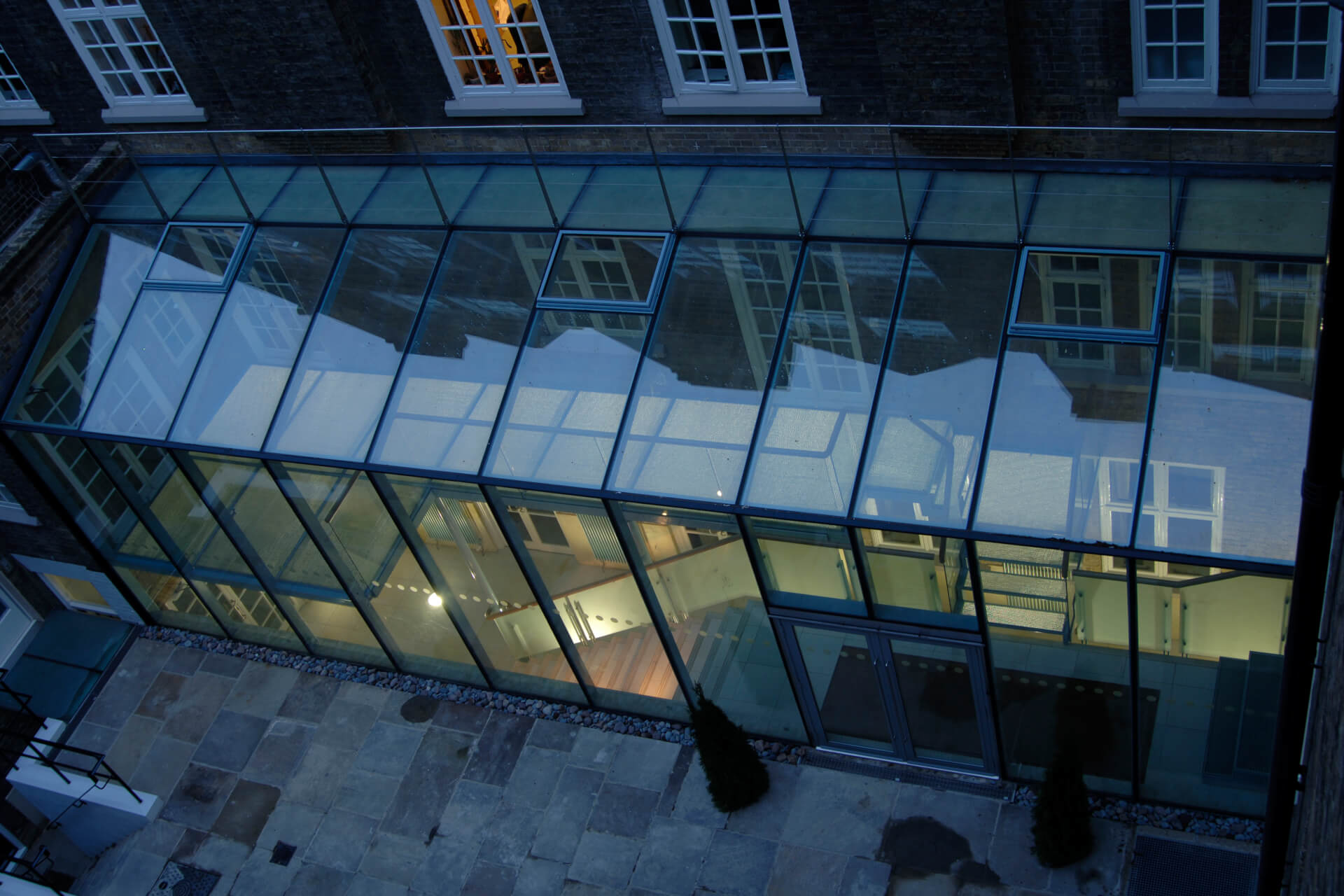 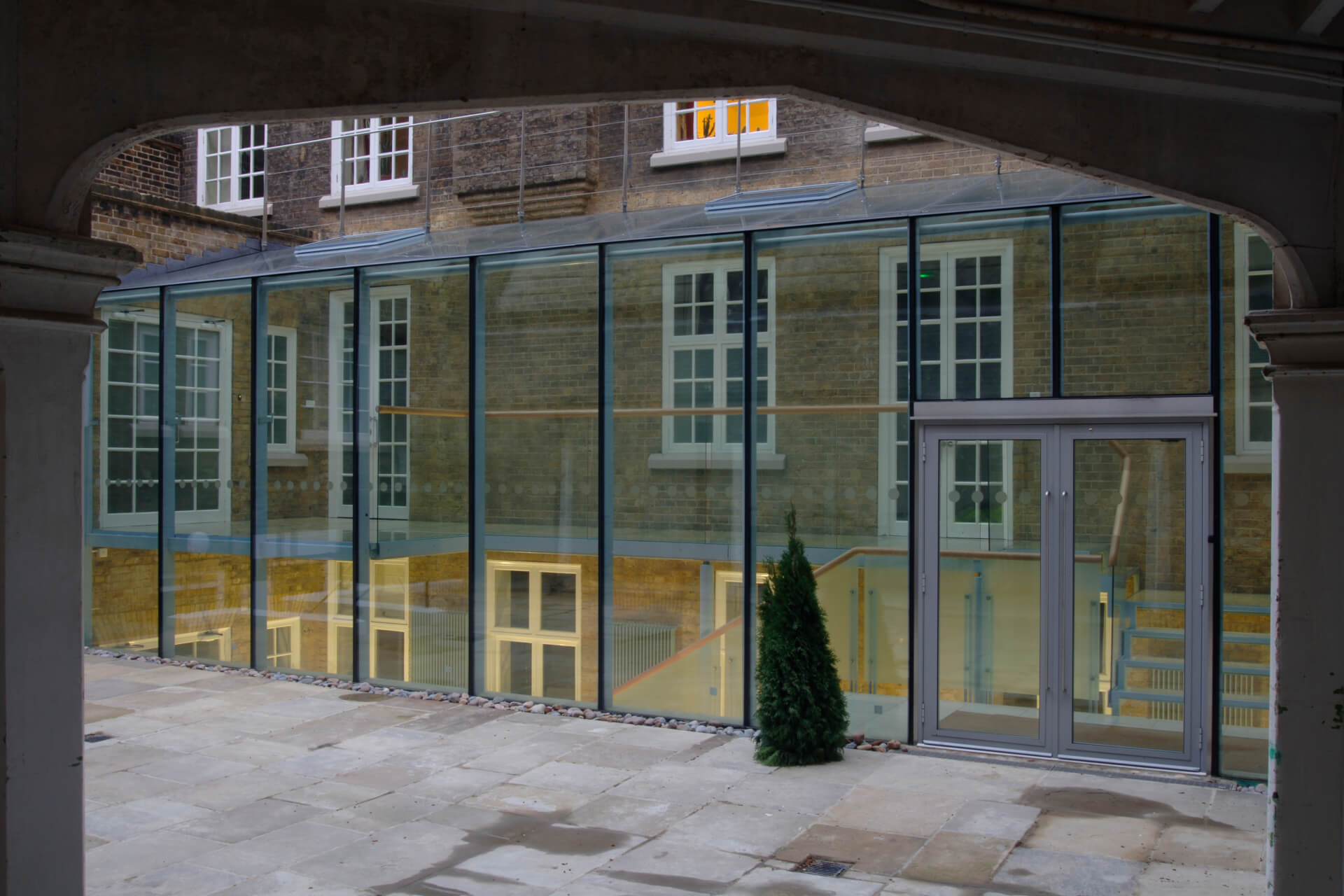 Mykon B-Clear panels were selected for the landing and stair treads as a lightweight alternative to laminated solid glass, thus reducing the structure and allowing larger spans. This product would allow the transmission of light without compromising the available space while also be sufficiently translucent to avoid vertigo and preserve modesty.

The new fully-glazed entrance lobby within the existing courtyard transformed the use of the Priory and it now houses fourteen monks as well as visitors. By utilising the increased daylight, the customer has also been able to use the lobby as a winter garden and it has now been filled with tropical plants. 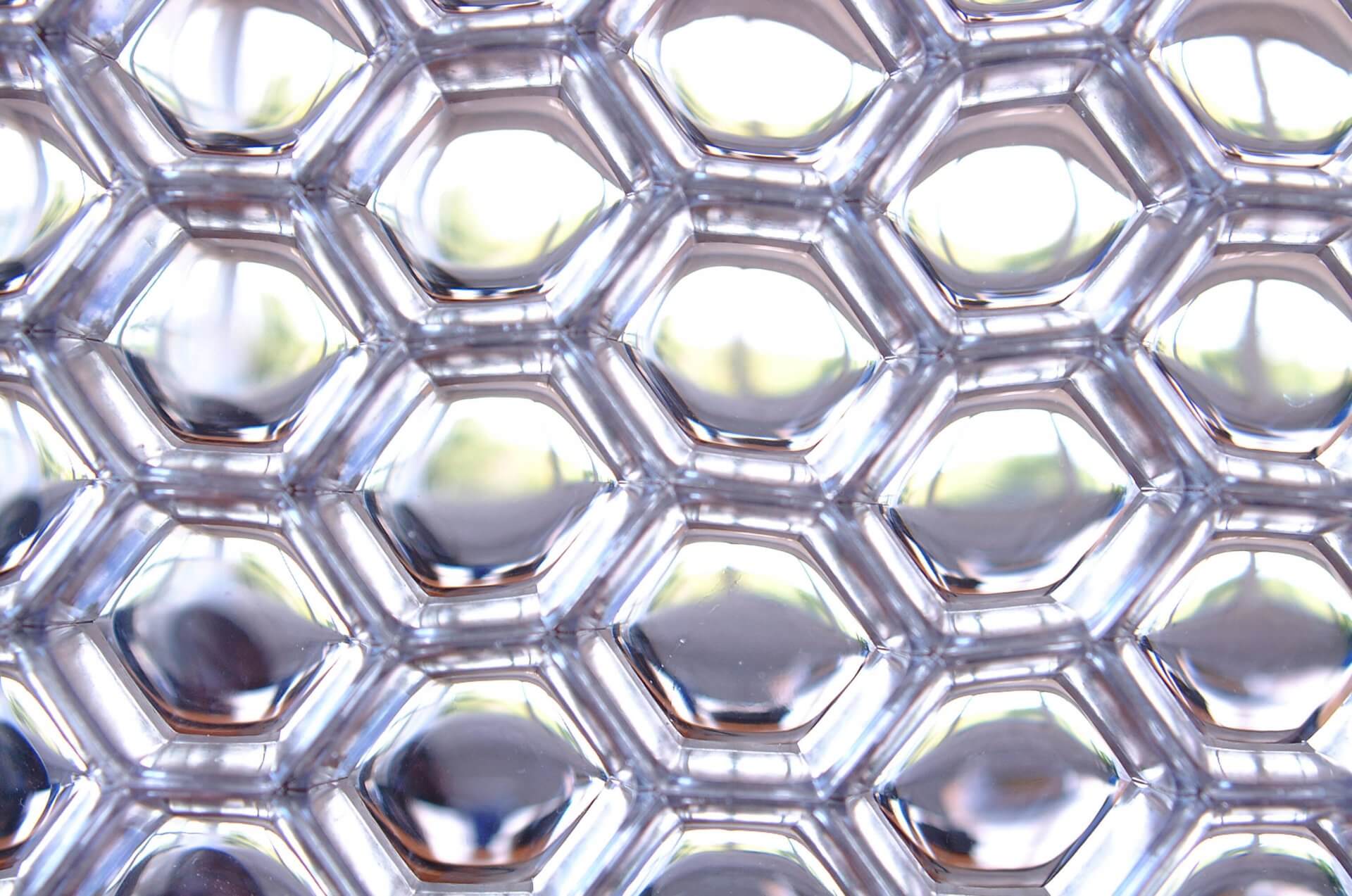